Last week I had the pleasure of attending the United State of Women Summit in Washington DC. The summit was hosted by the White House and featured the most unbelievable lineup of speakers (Warren Buffett, Oprah, POTUS, Connie Britton, Michelle Obama, Amy Poehler, Shonda Rhimes, Billie Jean King…and the list goes on and on), plus 5,000 women from all over the country convening in one place to talk about our collective favorite topic: women!!!!

Some of my favorite moments of the day:

Alright, but it can’t be all good news right? Now, let me tell you what I didn’t like…

As you might imagine in a conference all about women and the future of the United States, tech was a BIG topic. In fact they devoted a whole panel to it, titled “Cracking the Code: Access to STEM for All Women and Girls.”

But you know what was missing? An actual discussion of…getting WOMEN into coding! All of the presenters ran programs whose target audience was girls.

Have you noticed this?

I am sick of hearing about girls coding !!

The work that organizations like Code.org and Girls Who Code and Google’s Made with Code and Hopscotch and Black Girls Code are doing to encourage girls to code is nothing short of amazing.

But what I don’t like is that so many high profile conversations about getting women into tech end up actually being discussions of how to get more girls interested in coding and seem to forget women entirely.

In these discussions it’s inevitably brought up that most girls lose interest in the STEM fields around age 13, so we must get to them before 13!!

It involves metaphorical trampolines. Bear with me…

What if we recognize that a certain percentage of girls may not get exposed to technology before 13, or may lose interest, or may, for any number of reasons, not identify technology as something they are interested in until quite a bit later.

Meaning, yep, we’ve got a leaky pipeline. And it’s leaking girls all over the place.

But instead of focusing our efforts exclusively on keeping girls in the pipeline until they become women, what if we offer women some trampolines that they can use to bounce back into tech jobs later in life?

What do you think??

Here’s the thing: focusing so exclusively on girls promotes the single most insidious idea that’s keeping women AND girls from flocking to the tech world: that if you don’t learn to code early in life, it’s too late.

Not only is that patently false–allow me to give you myself, nearly all of the Skillcrush team, most people I’ve ever worked with in tech, thousands of Skillcrush alumni, as well as all the graduates of tech bootcamps everywhere as evidence that this is not true–it’s an idea that’s fundamentally out of sync with how the job market currently works.

By now, we’ve all read the statistic that today’s workers change jobs on average every 3 years. And there’s no way we can all go back to college every time we make a jump. Career-long learning, as well as picking up new skills later in life, is simply a requirement of the modern economy.

Constant skill building is the name of this train people! Get on board!

On my Skillcrush trampoline!

Why I'm over getting girls to code http://goo.gl/UymmVd @skillcrush @addabjork 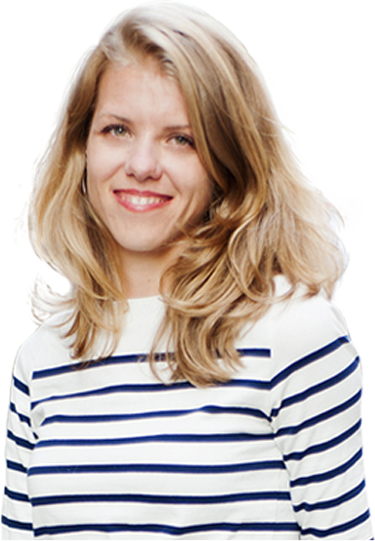 Adda is not only the CEO and founder of Skillcrush, but also an instructor. With her self-taught tech skills, she’s worked on building sites for the New York Times, ProPublica and MTV.

When Adda isn’t developing or teaching on Skillcrush, she enjoys watching Hall & Oates videos on YouTube.
Why I’m Over Getting Girls to Code