So, full disclosure: We think Python is pretty rad, which is why we made it the subject of our next course. (And why we’ve written all sorts of Python-related articles, too).

But in all likelihood, the reason you’re reading this is that you don’t know what Python is used for, let alone whether you should use it for programming. So before you decide whether or not to learn Python, let’s break it down into the basics, why don’t we?

What is Python Used For?

How Do I Learn Python?

Python is a general-purpose coding language—which means that, unlike HTML, CSS, and JavaScript, it can be used for other types of programming and software development besides web development.

That includes back end development, software development, data science and writing system scripts among other things.

We broke down exactly what Python is in greater detail here.

But…Why Is It Called Python?

OK, we couldn’t not mention this:

The name isn’t some complicated tech metaphor or a complicated acronym. Python is named after Monty Python.

According to Python.org, “When he began implementing Python, Guido van Rossum was also reading the published scripts from ‘Monty Python’s Flying Circus’…he needed a name that was short, unique, and slightly mysterious, so he decided to call the language Python.”

Cool, right? Factoids aside, let’s get to the meat of this article—specifically, what people use Python for and what makes it distinct from other coding languages.

What is Python Used For?

Python is one of the simplest programming languages, and we mean that in a good way.

According to this great Medium article, “Python, unlike other programming languages, emphasizes code readability, and allows you to use English keywords instead of punctuation…The readable and clean code base will help you to maintain and update the software without putting extra time and effort.”

According to Treehouse’s Python teacher, Kenneth Love (this quote comes from the video below), “It’s basically everywhere. It’s super small, so it shows up on embedded devices and pretty much every server, ever.”

And by everywhere, we mean everywhere. Treehouse points out that Disqus, NASA, PBS, and even Reddit use Python for their websites.

Because Python has pre-built libraries and web frameworks including Pyramid, Django, and Flask, it’s especially great for using on back end web development projects, shortening the amount of time you spend on projects by allowing you to repurpose chunks of code.

Python is also used for scientific research and computing and even has several science-friendly or science-specific libraries including:

And lots, lots more. Here’s a list of all of Python’s scientific libraries. Python’s role in parsing data is definitely one great advantage of learning it. Thanks to the undeniable rise of data science, chances are that more and more tech roles will revolve around it—and you’ll already have one of the leading languages in your toolkit.

Yes, technically, machine learning falls under data science (#2 on our list), but bear with me here. Using Python for machine learning is pretty cool, so it felt like it warranted an additional line item.

Machine learning includes things like speech recognition, financial services, even the recommendations Netflix serves up every time you log in that make you think, “How do they know?!” (Although, fun fact: Netflix also employs a team that manually tags videos as well.)

For an in-depth dive into how Python is used for machine learning, read this.

This seems like an odd item to include on the list, but it’s true: Startups, and especially tech startups, love Python because it’s easy to use and scalable. And I mean scalable. Take, for example, Dropbox.

Dropbox started when Drew Houston kept forgetting his flash drive as a student. It was initially a solution he could use for himself, a party of one. By November of 2012, 100 million people were using Dropbox which was no big deal because…Dropbox was built on Python. That meant it was easy to scale Dropbox the second Houston’s idea turned into a pretty big deal. (Source)

In 2016, HackerRank released a survey of various industries, revealing which programming languages they were prioritizing when hiring developers, programmers, and engineers. When it came to FinTech, Python dominated the pack: So: Want a job at Venmo? Python is probably the way to go. (Ahem.)

But it’s not just FinTech companies. Again according to HackerRank, Python is used all over the financial industry: “Finance tech recruiters will tell you that Python is the fastest growing language in finance in general. If you look at finance technologies, big banks like Bank of America have worked hard to transform their tech stack from legacy code to Python.”

If you’re interested in working as a web developer in the financial industry, then learning Python would probably be a smart step in the right direction.

How Do I Learn Python?

So now you know what Python is used for, how do you go about learning it? There are numerous classes out there, although we’re a little biased toward our own online Python course. Here’s a list of some of our other favorite resources as well: 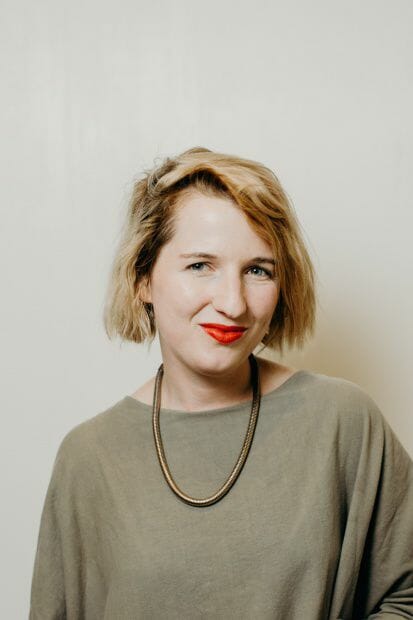 Kit Warchol is the Head of Content for Skillcrush and writes for magazines and sites including Fast Company, Entrepreneur, Girlboss, and others in her spare time. After teaching herself to code at the height of the recession (heyo, 2009), she worked as a web designer at various tech startups, then took a Senior Project Development role at the University of Southern California before diving back into writing full-time. Before joining us, she served as the Editorial Director of Career Contessa, a career advice site for women.

What Is Python Used For? 5 Industries That Can’t Do Without It